The following weekend I was powering around Albert park lake with my BFF recounting this odd and unprecedented occurrence. Further to the spiritual energy exchange  was the realisation that I was just treading water in my own life. I had no direction and no obvious purpose. This was an incredibly deep conversation for 8am on a Saturday before coffee.

My BFF took it in her constitutional stride and suggested that I take this up with her tarot reader.

The tarot reader, it emerged, was not actually my friends personal Astrologer, but rather a wee little business under a staircase at the South Melbourne market. I reluctantly decided to combine the necessary purchase of cheese with a reading.

Behind the curtained doorway there were no pentacles or amulets.  Our Tarot reader looked for all the world like an accountant from H&R Block with her blonde bob and charcoal jacket. She was fiddling with an iPhone rather than hunched over a crystal ball. 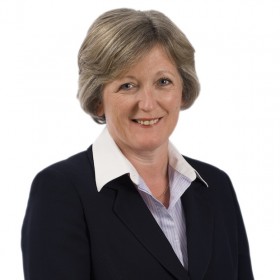 I see a great financial future in your cards

We exchanged the usual introductory pleasantries and she explained the nature of tarot. She was merely a vehicle to interpret the information provided by my spirit guide, who was sitting in the empty chair between us. I nodded to him/her and resisted the urge to shake an invisible hand.

The cards shuffled, cut and laid out, I watched her pondering the psychic picture before her. She nodded and murmured away quietly to herself, ‘Mmm, that’s good. Yes, that’s all fine. Good,’ until she reached the last card.

All the while I was looking about the tiny space trying to avoid eye contact with my spirit guide and wondering what sort of cheese I would buy.

Sweet dreams are made of cheese

After a prolonged spate of head shaking, she asked me a series of rapid fire and disparate questions.

“So, are you looking for another job at the moment?”

“I’m always on the look out for another job, but no, not specifically now”

“Are you happy in your relationship?”

“Children all good? No issues?”

She was becoming increasingly flustered with my answers and finally exclaimed,

“Look, I can’t read this! Everything is fine. All your cards are great. Your life looks fine”

“And this is bad because…?”

“It’s this last card. It doesn’t make sense given your other cards.”

“You’re probably going to have to give me more information”

“It’s the end. You can’t go further. There is nothing beyond this.”

Right then I was thinking my spirit guide was a bit of a dick and I was terminal. I was also far less interested in what cheese I should purchase.

Despite my immediate preoccupation with choosing suitable funeral music and recruiting someone to deliver a cracker eulogy, I obliged the frazzled tarot reader by re-shuffling in a bid to explain the fatalistic card.

“Do you have any unresolved childhood trauma?”

“Have you spoken to any counsellors or are you looking to do so?”

“I’m looking for someone appropriate”

She wrote down the number of a ‘brilliant man”, a jungian therapist that had changed her life. Dr Barnaby Buttface* had, through the power of dream analysis, shown her that despite ten years as a clinical psychologist, her true career goal lay in the occult. She’d never been happier.

A week later I was parked out the front of a Soviet looking block of flats in Armadale ready to discuss a bunch of dreams. Dr Buttface buzzed me inside the grotty dark lobby which looked more dealing than healing.

I followed the good doctor’s Kill Bill whistling to the third floor where he stood waiting for me in an open doorway. His office was a pre-perestroika flat with a dead bolt on the inside. I sat on an unsprung black vinyl club chair facing Dr Buttface, who in the unflatteringly light of an exposed electric light bulb, looked about 89 years old.

In a raspy smokers voice, he asked all the usual questions and I wondered if my initial response to him – i.e he’s a serial killer – may have been prematurely censorious.

We eventually got onto discussing my offspring, D1 and D2. Touching on D1’s predilection for boys of exotically mixed parentage, he began offering up Jungian reasons for women being attracted to people outside their race, citing the White Masai story from the early 2000’s. I told him that the only concern I had for her would be that whomever she ended up with, be they black, brown, white or green, share her personal values. I added that I would be very happy to have a beautiful coffee coloured grandchild, to which he replied that it depended just how strong the coffee was.

I wondered if I’d heard correctly.

We then got onto D2 and her current transatlantic relationship with a woman. Buttface once again offered up a Jungian explanation for her sexuality and began attributing ‘blame’ and possible ‘cures’. Waiving aside my protests that the child did not require curing, he sagely intoned that had I come to him with a strep throat, he would prescribe the appropriate antibiotic. He was actually aligning my gay daughter with an infection and accusing me of being unnecessarily PC by arguing with him.

Unsurprisingly, I felt zero compunction to continue with Dr Buttface, although I was a little disappointed not to rehash my dreams.

I was feeling psychiatrically rejected. The GP was incapable of matching my particular brand of nuts with an appropriate therapist and, it turned out, tarot readers don’t make reliable referees.

I was less depressed than annoyed.

Fortunately a combination of friends, wine, dog memes and a week in Fiji with spouse has for now, if not exactly assuaged this latest round, certainly diverted it.

And there’s always a story.

*not his real name, but close and accurate.

Jane is of the belief that her life's purpose may well be to serve as a warning to others. She is unsure as to why she speaks in the third person...
View all posts by Learning the hard way →
This entry was posted in Not so funny and tagged depression, family, humour, jungian, psychics, tarot. Bookmark the permalink.