‘Why don’t you have a go at writing something positive?’ – I was asked this late last week by someone who was posing it less as a question than suggestion.

So I’m fairly confident I don’t have a self help book in me. A book on self sabotage? Maybe. Nor do I see myself producing a tome of inspirational quotes illustrated with pleasing photos of sunsets, Himalayan nonagenarians with gummy beatific smiles and dolphins. 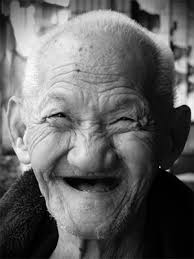 I would have thought that ‘Learning the hard way’ gave a decent clue as to the general tenor of my world and therefore, my blog. I’m quite looking forward, however,  to retitling it “Learnt the hard way, got my shit together, am at one with the universe and the tax man is no longer garnishing my bank account’ I mean, that will be a very Zen day.

My point is that this conversation left me in familiar and recurring territory. How many of us like to dabble in something that we wish was the better part of us? Writing, acting, directing, cooking, designing jewellery, singing, dancing, restoring cars, renovating houses, topiary… you get the idea. Ok, now how many of us are disconcertingly aware that we may just be a teeny weeny bit mediocre?

There you are riding high on the idea that a couple of folk in Sardinia and Azerbaijan seem to be amused/bemused by something you bashed out on your laptop, when someone dashes you about the head with a metaphoric foam baton and suddenly you’re back staring into the sardonic black eyes of the self doubt gremlin.

The difficulty is not so much what to say but how to say it – because frankly, there are very few actual new ideas out there. The challenge is making your voice as accessible as you want your audience broad or esoteric enough to excite the coterie of like minded intellectuals you quite fancy yourself being. I prefer to muddle somewhere around the middle. I daresay I should spend less time preoccupied with deciding who is or isn’t going to like what I do on my *bi-polar computer (*the aging HP may require an exorcism – it has taken to shutting itself down for no apparent reason and sending scores of impotence cure emails to random strangers. It has yet to vomit on me) and more time pleasing myself.

My favourite people, of course, are the ones that are totally sold on their own genius. They know that but for a number of unavoidable road blocks, they would have hosted their own home renovation/cooking/gardening reality show, recorded a Grammy award winning album of country songs composed in the suburbs or written the definitive 21st century novel (which, by the way, had better not turn out to be 50 shades of anything!) They are blithely indifferent to the fact that the march of time is bringing them no closer to the realisation of their creative goals and remain supremely confident that their time will indeed come.

Personally, I take great solace in the fact that Mary Wesley, the late English  author whose writing style could be reasonably described as Jane Austen with sex, published her first novel at age 70. I’m happy that my potential future royalty payments will cover the cost of a wonderful maximum security twilight home sometime in the late 2040’s.

Perhaps the secret to success lies in resisting being consumed by an ambition that may or may not be realised and instead enjoy whatever it is we really like doing? The attainment of happiness and personal fulfilment is a floaty amorphous goal (even on industrial level psychotropics) and life is merely a series of moments punctuated by a whole gamut of  worthy emotions all colliding together in a riot of  experiences.

And you thought I couldn’t write a self help book…pppffft!

Jane is of the belief that her life's purpose may well be to serve as a warning to others. She is unsure as to why she speaks in the third person...
View all posts by Learning the hard way →
This entry was posted in humor and tagged doubt, fame, humour, Mary Wesley, self help, Writers block. Bookmark the permalink.