What dreams may come?

“You’d better find the vision board and buy a lotto ticket”, declares the man who finds these invocations to the Universe about as credible as ouija boards. 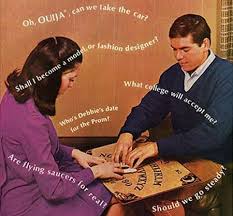 My first attempt at a vision board was assembled at a team bonding session with fellow lingerie  purveyors. Apparently it’s not enough to sell oodles of foundation garments to ensure health, wealth and happiness; one must have an aspirational poster to stay on track. So there we were, women of varying age and circumstance, ranged about a large boardroom table piled high with magazines, scissors, felt tip markers and glue sticks. Unfortunately, I was a  late arrival and the division of quality resource material had already occurred. Grabbing the remaining magazines, I retrieved my sheet of cardboard and retreated to a quiet corner for inspiration to strike.

Perhaps a coffee will help.

Is anyone else hungry?

Maybe I’ll take a little wander around the room and see how everyone is travelling.

Oh that’s nice. Picture of a smily handsome young husband and impossibly attractive children in a 4WD…I am sure he IS just around the corner. A gorgeous blonde woman jogging along the beach with her golden retriever after a nutritious Special K breakfast…good for you, those weight loss goals are darn achievable  and one day you’ll have a back yard for the dog too. A maxi yacht moored at Portofino…why the heck not? LOVE, INSPIRE, JOY, FAMILY, SUCCESS freshly sheared from the pages of the Australian Women’s Weekly and Marie Claire – Ok good, that’s what I need to do then; just find the key words, match them to the images and let the universe take care of the rest – got it.

Back to Fly Fishing Monthly, Architechtural Digest and Classic Cars – The Lamborghini edition. Ooh yay, Take Five magazine…surely I’m guaranteed riches along with a fool proof cheesy mac recipe into the bargain. I return home with my craft work leaving a trail of glitter behind me – images of a tudorbethan cottage in Guildford, a large trout and  words of inspiration with the look of a ransom note ; CATCHING yOUR dream WINner $75,000. My message to the gods of fate seemed confused so I hid it behind the bookshelf.

My second attempt was much more calculated. It included a photographic before shot of myself sans portly abdominal rolls, images of a perfectly restored ’65 Alfa Romeo Guilia, 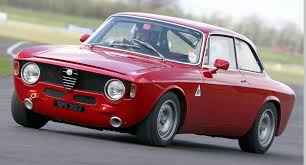 Lake Como at twilight, a dog and various other motifs that a psychiatrist may or may not find useful.

There was also a dodgy photocopied image of a house that my beloved had, on several occasions, professed to be his dream abode. A solid brick warehouse built in the 1920’s, it had orginally been used as a storage facility for a motor company and had subsequently been developed into a two level residence with city views. Advertised as having room for 20 or so cars, this property was officially my beloved’s fantasy man cave and a space for his imagined future  vehicular restoration. For the purposes of this wishful thinking exercise, I had forced the poor man to stand at the front door of said house and assume a look of propriety.  Ignoring his mutterings that he was fully visible to the actual occupants of the home, I continued to  photograph him from various angles until the desired appearance of ownership was obtained.

This board spent a bit of time on a dresser opposite our bed before it slipped down the back of it- possibly as a result of the last earth tremor and  not because I was cleaning around it (the next VB will definitely feature a Jims Cleaning Services advertisement ). Life went on; we got married, went to Lake Como, the car restoration suddenly gained some real momentum and then all of a sudden last weekend THE HOUSE, the one that had not been on the market for donkey’s years, was for sale. Get out of town!

Priced just shy of 3 million a serious windfall looks to be the only option if we are to be lord and lady of the local manor.  With no affluent but failing aged relatives to speak of, or quickly acquired shares in thoroughbred’s Gatewood or Mount Athos, Tatts- Oz- Mega- Super- draw- Powerball- super 66-  lotto  looks to be our only viable  solution.

I’ve written WINNER in chunky fluorescent texta all over BOTH  VB’s.

Plan B is the country retreat. An idea that has gained traction over the past year or so as our immunity to the hipster wears off. Damn it if their little bare ankled, op shop attired, tattooed, bearded, waist coat wearing, single origin bean worshipping, fixed gear bike riding shenanigans aren’t just annoying me a little too much these days. The lifestyle change looks more appealing as access to car parking in my own street decreases and the wait for a sunday breakfast table increases.

Unlike the urban mansion, a decent whack of land somewhere within cooee of Hanging Rock, will not bankrupt us but will involve a significant mental departure from all we are accustomed .  I have pictured myself clamboring over rocky outcrofts,  picking wildflowers with our rescue shelter dog while spouse muses over the blueprints of some classic car that he is joyfully restoring. I will, at some predetermined juncture, bear a  tray piled high with slices of homemade cinnamon cake and mugs of tea and invite him to join me outside. We will sit on a piece of derelict farm equipment observing the faint outline of the city skyline and rejoice in our distance to it. Night times will be illuminated by the warm glow of an open fire and on the weekends, friends will descend on us for a jolly nights of charades and red wine.

There is every possibility of course, that I am severely deluded…

…the shelter dog is neurotic and has mange. I am allergic to wildflowers. We run out of milk and the closest IGA is an annoyingly long drive away. One of us slips on the derelict farm equipment and develops tetanus. Our friends are busy.

Just heard the super lotto draw didn’t go off. This means we are in the running for an Uber draw next week. We can build our own village.

Jane is of the belief that her life's purpose may well be to serve as a warning to others. She is unsure as to why she speaks in the third person...
View all posts by Learning the hard way →
This entry was posted in Family and tagged Alfa Romeo, cars, hipsters, humor, humour, lake Como, Life, lotto, ouija board, real estate, vision boards. Bookmark the permalink.

6 Responses to What dreams may come?