Posted on December 6, 2012 by Learning the hard way

Finally New Idea has it right. After a year and a half of monthly magazine covers exclusively announcing the royal bump, young Kate is finally with child. Rule bloody Brittania!

This is excellent timing for the whole world seems to be pregnant at the moment and there has been much discussion about names flying around my household.

According to Royal experts and pollsters alike, the child is going to have a fairly traditional name; which means we are unlikely to see the christening of Chardonnay Mercedes or Kyle Brooklyn Mountbatten-Windsor. Which is a bit of a shame.

I’m all for tradition however, and I think it’s high time we had another King Aethelstan

or Queen Matilda. Failing inspiration from actual history they could look to J R Tolkein or George R R Martin perhaps? King Aragorn has a ring about it…but any kid unfortunate enough to be christened Joffrey would endure a lifetime of being beaten up.

Closer to home, one of my most longstanding friends is set to become a grandmother and quite frankly I’m just not ready.

Fortunately, said friend is remarkably sanguine about the idea and has settled on the appellation of ‘nanny’ (nannie?) for herself; all references to goats having fallen on deaf ears.

I for one will need to be called something utterly un-Grandmotherly but respectful, like Your Grace.

We know the baby is boy flavoured, currently in the breech position and will be delivered by caesarian section in a few weeks – the only real mystery is the name.

Over coffee my friend revealed with mild apprehension, that according to her daughter not one person has even come close to guessing the name nor has it been used by anyone they know or have ever known, to date. Just how left of centre could it be?

Enthusiastic new parents need to look beyond the unique bundle in a bunny rug and consider the future employment prospects their choices may afford. For instance, a baby called Jeeves can only become a butler. 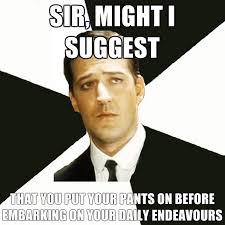 Similarly, there was a weight of expectation for young Solomon King to secure membership to MENSA , or at the very least become a High Court judge. Of course there’s every chance he just became a dedicated polygamist instead.

Then there is odd pronunciation. I know a woman called Jeanne. Nice name, French. However she, or rather her mother, decided inexplicably that it was to be pronounced ‘Shanay’. Has anyone at any time in that poor woman’s entire life, ever pronounced her name as intended?

Young Xander will never actually have the ‘X’ pronounced, despite the best efforts of his deluded parents. It’s silent; everyone knows it’s silent – pronouncing the ‘X’ will not make your son a maverick it will just annoy the crap out of him at roll call. 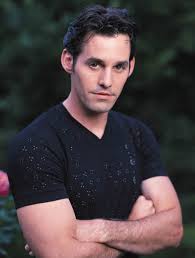 My daughters were at school with sisters called Nivek and Phelia. Inquiring into the origins of these exotic monikers, their mother told me that the only name she and her husband could agree on for their firstborn was Kevin. Unable to move beyond this proudly Gaelic name, they felt that spelling it backward lent a distinctly female air.

Not misspelled from the Greek for friendship, Phelia was, they believed, the name of the actress who played Claire Huxtable on the Cosby show – I’m not sure if anyone ever did let on that her name was actually Phylicia.

Pity the twins whose parents gambled on flattering childless aged relatives of means into bequeathing huge chunks of their estate by naming them in their honour. Cyril and Merle eventually donated the lot to a cat shelter.

And now you know what the middle name is for.

You can go nuts with the middle name. In fact, I encourage you to do so. Every dowager Aunt – Ethel, Great Grandfather – Obadiah, favourite animal – Fox, can be celebrated via the middle name. It makes people happy and is wonderful first date conversation stimulus…just don’t let it segue into how many children you want or there will be no second date.

Fortunately we are genetically programmed to forget how stupid we thought the name Abcd (Abseedee) was or how dumb the spelling of Elly-ette is when we actually bond with the child. But here’s a tip for you, any name that spell check decides to draw a squiggly red line under is generally worth rethinking. 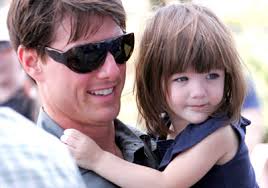 Jane is of the belief that her life's purpose may well be to serve as a warning to others. She is unsure as to why she speaks in the third person...
View all posts by Learning the hard way →
This entry was posted in humor and tagged baby names, family, humor, Kate, Mountbatten-Windsor, names, New Idea, Prince William Duke of Cambridge. Bookmark the permalink.