I felt like a bit of a fraud walking into the dedicated dance wear store. The staff were all willowy girls in wrap tops who glided about the shop with that dancers out turned duck walk.

A twelve year old was being fitted for some ballet pointe’s as I hovered about the display wall of dance shoes. It’s possible that a less than graceful gait betrayed my novice status as the assistant pointedly suggested I might save some money by going next door to their clearance outlet.

Weaving my way through racks of half price dance pants and leotards I was quizzed by a sales assistant as to the particular dance genre I was involved with. She was roughly my age and had that old school calisthenics vibe about her; the mahogany leg tan having been replaced with bronzing mousse.

a natural and entertaining tan

Calisthenics was the poor man’s ballet of my childhood. All the serious little girl dancers attended a fairly hard core ballet school run at the old C of E church by an impressively strict Russian ballet teacher who, with the haunted countenance of a past in espionage , was probably ex-KGB.

My best friend had been attending since infancy and I would hang about the back of the class with all the bored looking mother’s watching her lining up at the barre. I desperately coveted the bun and beribboned slippers.  In a bid to fit in with all the dance-y girls practicing their arabesques and plies on the asphalt at recess, I begged my dad to let me enrol too.

The fees, according to my father, were prohibitively high but I suspect his refusal to enrol me had more to do with his newly minted status as a reluctant single dad and an accompanying unwillingness to engage with a gaggle of voyeuristically sympathetic Stepford mums.

Eventually a neighbour convinced him to let me accompany her daughter to the more economically viable Calisthenics.

The local tennis club hall was transformed each Saturday into a mini eisteddfod as hordes of girls and their vicarious mother’s swarmed about brandishing calico bags bulging with odd props. As an impoverished motherless newbie, I was the recipient of some pre-loved  clubs, a rod and an oversized pull on Terylene skirt, the purposes of which remain, even today, a complete mystery. Failing to master the simplest of figure marches and purposely clubbing Andrea Van der Camp, ensured I was not a welcome addition to the under 8’s . 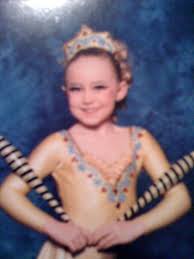 Do not be fooled by the smile, she is a lethal weapon with anger issues

Saturday mornings rapidly descended into sanctioned torture sessions as my dad refused to let me quit until the end of term. I gave back the Terylene skirt and rod but the clubs were ‘lost’, consigned to my arsenal of childhood weaponry in the event Andrea didn’t pull her head in.

Brownies were a big deal at about this time too. I loved the cute little dun coloured uniforms and yearned to be part of all those secret group activities at the local scout hall. I also wanted badges. Badly.

ok, brown is not everyone’s colour…but all that sitting in a circle looked marvellous fun

I’m unsure as to the reasoning behind my not being allowed to be a Brownie, but once again, I was permitted to join the infinitely lamer Girls Friendly Society or German Fried Sausages as it was  hilariously dubbed.

The GFS was a local version of a UK based Anglican organisation. It was formed in the mid 1870’s to steer potentially wayward servant girls towards a path of righteousness as dictated by a bunch of sanctimonious upper crust twats ; kind of  Downtown Abbey meets the Girl Guides.

In a perennial bid to keep me on the outer, the navy and white GFS uniform was deemed an unnecessary expense. The first official group activity was to St Paul’s cathedral and involved dozens of GFS chapters from all over the state coming together for whatever the GFS equivalent of a jamboree might have been. I could not have been sadder, amongst a sea of navy berets and club ties, wearing the only dress that still fitted me post the maternal disappearing trick.

A less personally invested viewpoint might suggest that it was the prudent parent who refused to fork out for unnecessary expenses given my track record for bailing. Of course, a modern parental approach might appreciate that joining something on a conditional basis and denying the tools necessary for me to fit in, was probably not going to help with commitment.

An entire childhood and adolescence of enforced isolation means that even today, I struggle with being part of a group and I’m definitely not a team player. In mid life I find myself part of a choir. There are days when I am overwhelmed with the need to flee it too.  I think it might be easier to create my own outsider persona than have it discovered by somebody else.

I bought the character shoes, declaring to the inquisitive sales lady, that they were for some fairly hard core choreographed shuffling as part of my choir’s most recent public performance. The show was, it is universally agreed, a polished and entertaining affair and I got a massive thrill out of  being part of something so good.

Being part of a tribe is important and pretending it’s not leads to a life time of personal uncertainty and doubt. It’s possible this group is my tribe and I can finally expunge all the old hurts – 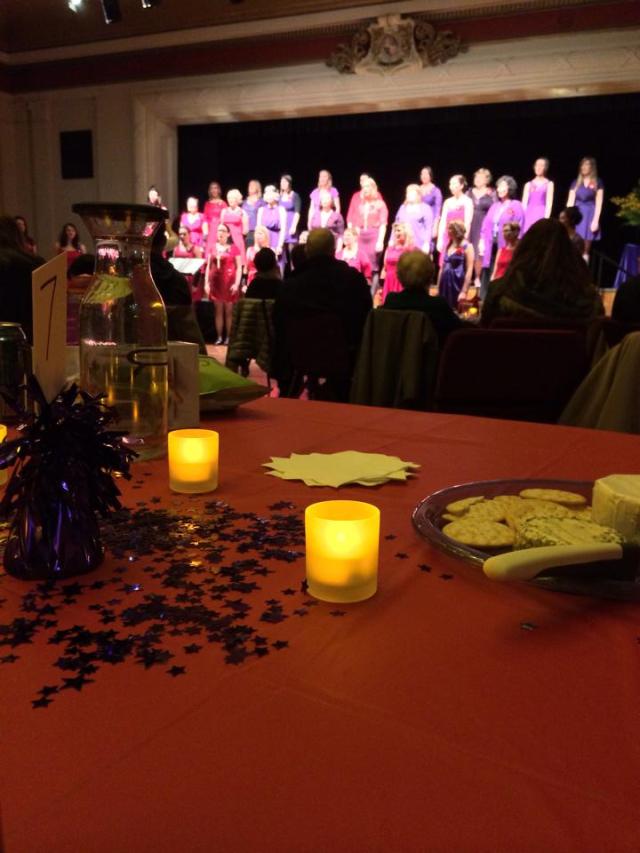 Jane is of the belief that her life's purpose may well be to serve as a warning to others. She is unsure as to why she speaks in the third person...
View all posts by Learning the hard way →
This entry was posted in Not so funny and tagged ballet, calisthenics, childhood, Choir, GFS, Russian ballet, therapy. Bookmark the permalink.

9 Responses to A group therapy