For the past week my brain has felt like cold spaghetti. I have been having trouble separating thought streams and no matter how anxious or overloaded it becomes I simply cannot clear my chatty mind. 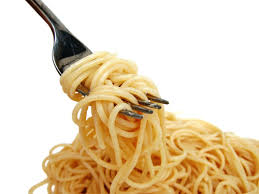 My internal dialogue is on hyper drive.  I’ve tried reasoning with myself quietly and then refusing to buy into my conversations when the chatter continues. Talking aloud – yes I do and yes, I answer myself as well…often in accents – has just made it more palpable.

Some form of relaxation therapy is warranted but I don’t have a great track record.

Miss Malcolm was my high school drama teacher. She had mad, woolly seventies hair and wore batik wrap skirts with roman sandals. Her attempts to calm a class of fifteen year olds with creative visualisation were ambitious at best.

Lying on the floor we would be instructed to close our eyes and breathe while Miss Malcolm wafted around us emitting the unmistakable aroma of patchouli.

“You are a tree. Tall, strong and rooted to the ground”

Warren Armstrong; the boy sent to drama class after being chucked out of every other elective the school had to offer, could be relied on to offer a counter commentary to Miss Malcolm’s.

“The sun is shining down on you – warm beams of light caressing your leaves, the bark on your trunk – a light breeze rustles your foliage.”

Punctuating each word with a punch, Miss Malcolm and her jangly silver bracelets would calmly disengage hapless Russell from Warren’s sudden headlock.

Warren, Russell and my high school crush Darren Albrechtson would never allow my self conscious fifteen year old mind to empty sufficiently enough to ‘be the tree’. I spent the entire session adjusting the hem of my school dress and willing my stomach not to rumble.

A dear friend convinced me to give yoga and meditation a shot at her local community centre. I was introduced to the teacher whose less than lithe frame suggested patchwork class rather than asanas. She cautioned me to sit out any parts of the class I felt were too difficult and then invited everyone to begin.

Barking out yoga positions from a folding chair at the front of the room, everyone seemed to know exactly what she expected them to do. I followed the lead of my slightly more experienced friend and managed to keep up reasonably well until someone farted during the eagle pose and I fell over laughing. 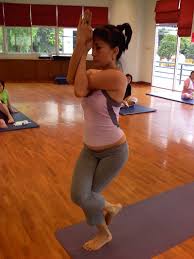 My friend admonished me to behave and I lay down in preparation for the guided meditation.

“So today we are going to stimulate our chakra centres through meditation and visualization. I’m going to ask each of you to imagine you are buying a flower specific to each of the seven chakras. I want you to think about your choice of flower, remembering that the colour, shape and size will add power to your chakra’s vibration.”

“So let’s start with the Muladhara – the root or base chakra. Located at the base of the spine, it is red and relates to issues of standing up for yourself; of security. Imagine you are walking into the florist and choosing your flower…”

I imagine the local florist.

Good, I know the layout inside, this shouldn’t take too long. Actually, the last time I was there the owner was kind of short with me. I wasn’t going to go back there. Her flowers aren’t all that great if I’m honest –

“Lovely. So now that you have chosen your base chakra flower. Let’s move on to the svadisthana – the spleen chakra. It’s orange and its located just below the naval.”

I look around at everyone. They all seemed peaceful and engaged in the business of bestowing metaphoric blooms on body parts. I saw no confusion on their faces.

Orange. What flower is orange? Those lilies are kind of orangey. Hang on, did she say it had to be the colour of the chakra itself or just something that relates to it. The Spleen was something about feelings –

“Good job everyone, now that we’ve done our yellow solar plexus we can move onto the anahata, or heart chakra”

No, no I missed one! Wait, she’s too quick. I’ll just pretend I bought something for the solar plexus. She won’t know. Well duh…of course she won’t know – it’s my visualization. Here, I’ll chuck a daffodil on there.

“The heart chakra is green and is located right in the centre of the chest. I’m sure you are all buying something very specific here. Remember it represents love, forgiveness and compassion.”

So maybe the heart one should get the rose. I wonder if I can swap them around? I’m just buying right into some Interflora cliché now. What says forgiveness then?

“…the vissudha or throat chakra is blue and represents expressing oneself and ones beliefs.’

AAAHHHH! So I’ll just go with the rose on the chest now and forget about the…who says ‘ones’? Seriously, why is she sounding like the Queen all of a sudden? Bluebells. Do we even have bluebells here? No, I reckon I’ll go with a hyacinth here – they smell wonderful. I think I forgot to put on deodorant.

“Right in the middle of the forehead, your anja. The brow chakra is indigo coloured and responsible for intuition and insight. Many of you are unaware of your psychic potential. Choose your flower mindfully.”

By the time we got to the top of my violet crown chakra I had exchanged three flowers, planned my own funeral and developed a splitting headache.

Over the ensuing years I have passed out at Bikram yoga, and strained a groin muscle at Ashtanga. I failed to synchronise my chanting at a kundalini class and lasted three sessions at shadow yoga where the bare chested instructor wore skintight leggings and distracted the entire class with regular pelvic rotations. Yoga is patently not for me.

Jane is of the belief that her life's purpose may well be to serve as a warning to others. She is unsure as to why she speaks in the third person...
View all posts by Learning the hard way →
This entry was posted in humor and tagged chakras, drama class, guided visualisation, humor, humour, meditation, yoga. Bookmark the permalink.

3 Responses to Mind over matter