I don’t know why I thought a vegan lemon curd doughnut was a healthy breakfast option, but I did. It was singularly the most sugary thing I have ever eaten in my life. As I walked away from the shop brushing away at great clumps of sugar crystals adhered to my lipstick, I recalled a woman I’d worked with some years ago and her rampant veganism.

Hardly a walking testimony to the health giving properties of this lifestyle choice, she was a grey complexioned, overweight research assistant with chronic fatigue syndrome.  Her heft can be attributed to the vast quantity of deep fried cauliflower she regularly consumed along with a couple of daily mangoes and avocado mooshed on everything. At a staff afternoon tea I watched her avoid the plates of lamingtons and cream cakes vainly searching for some food item not containing an animal by-product. I remember offering her a bowl of honey-covered cashews and being genuinely puzzled at her refusal.

“Really, even honey? I don’t think the bees are exploited…I mean, they’re making the stuff anyway. It’s not like they’re being held up at gun point with demands to give us all your honey.” Here I mimed a Queen bee backed up against the hive with all her legs kind of waving around and some gun-toting apiarist. What can I say? It was a very dull job. My vegan colleague did not see the humour either. 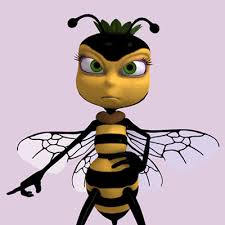 These days I seem to have accumulated a growing band of friends with a plethora of dietary intolerances – the three main offenders being lactose, gluten and fructose, and often all three. Eating out with them can bring out the best or worst in me – depending on how hungry I am at the time.

I recently lunched with a friend whose limited food choices seem more arbitrary than common allergies would necessarily dictate. The inevitable forensic discussion with the waitress was set to monopolise the majority of my lunch hour, so while she was cross referencing the menu with a sheaf of naturopathic notes, I asked about the specials.

The little hipster waitress extended a tiny tattooed arm toward the chalkboard and looking supremely bored, intoned, ” The soup is watercress and lentil with a spelt pumpkin damper. Our ciabatta is Indo-Moroccan spicy lamb kofta with mango chutney and pine nut raita. The flan of the day is beetroot – it’s sold out.”

I settled on a BLT while my friend declared there was nothing on the menu she could eat. I suggested the feta with a side of spinach to which she replied, in a voice reserved for the elderly and recently migrated, “The feta has been marinated in preserved lemon and garlic.”

She had an organic green tea and a handful of goji berries from her bag while I ate a BLT the size of my head.

Cooking for these people is a nightmare. My gluten and dairy free lemon poppy seed muffins literally bounced off the cooling rack when I turned them out. Rubbery doesn’t even come close to describing the texture as they pinged across the bench top; I was still finding them under furniture days later.

And it’s kind of expensive stocking your pantry with alternatives to flour and sugar too – by the time you’ve equipped yourself with sorghum flour, millet, tapioca starch, xanthum gum, agave  and grade A maple syrup there is no money for the rest of the family to eat real food.

I  have a cupboard full of miracle foods suggested by frail looking health advocates and designed to keep me alive well past 100 – if only I would take them. Seriously, have you tasted Vital Greens? *blech* Similarly Miracle Red, Maca powder (the Inca’s thrived on the stuff) and chia seeds which I end up having to suck out of the gingival erosion of my incisors all day, giving me a vaguely unhinged appearance.

“Dammit, I told you to over cook my eggs!”

I have no idea how either of my progeny survived their gestation as I happily gorged on Brie, smoked salmon and alfalfa. There is photographic evidence of me sipping from glasses of champagne in Reims and getting my oom pah pah on with a gewaltig stein of kolsch, blissfully unaware that I was  brewing the first born.

It’s a tough gig being a parent with small children these days too. When my offspring were little, kindergarten birthdays were a riot of cupcakes, honey joys and chocolate frogs – we weren’t haunted by the spectre of products that may contain traces of peanut and an EpiPen was not on standby.

One of the saddest things I have seen in a while was the photo of a lovely young friends son’s birthday ‘cake’ prepared for his childcare group. Instead of a sponge covered in violent coloured icing and jellied lollies, it was a meticulously carved watermelon skewered with antennae of blueberries and strawberries. It reminded me of one of those cakes they make for gorillas out of ice with vegetables and fruit frozen inside.

But hey, the vegans would go NUTS for it.

Jane is of the belief that her life's purpose may well be to serve as a warning to others. She is unsure as to why she speaks in the third person...
View all posts by Learning the hard way →
This entry was posted in humor and tagged bees, cake, children, food, fructose, gluten, humor, humour, pregnancy, vegan. Bookmark the permalink.