Second born is quietly going about the business of preparing for another stint of living in the USA (stand back!)

There’s not a whole lot I’m required to do. Unlike the good old days when I was the boss of everything, she is perfectly capable of organizing visas and other important travel related stuff that to be frank I only half listened to, but you get the idea.

Back when she was at school and her father and I were bombarded with yearly implorations to attend whichever educational travel opportunity was on offer, we were obliged to be informed.

Entire forests were felled to provide the paper on which endless notices detailing lists of equipment and supplies, travel itineraries or payment options were sent home and discovered days later during the weekly school bag fumigation. I’d love a dollar for every decomposing banana I plunged my short-term memory deficient fingers into whilst searching for the latest bulletin.

Then there were the compulsory information nights for the big trips – those alleged learning junkets everywhere from Alice Springs to Italy. Lectured on responsibility, school representation, respect – and that was just the parents – every conceivable contingent was discussed. Nothing left to chance, no detail unexplored and not even the most clueless parental question unanswered. Good. We are under control. Done. Can we go home now?

So now she does it all herself and the only burning question I have for her is, what are you going  to eat?

It occurs to me that I have a parental tendency to channel an Italian nonna. 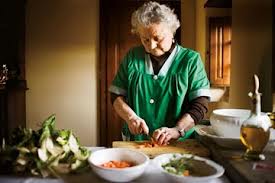 Did you eat? Are you hungry? What did they feed you? Can I fix you a plate? Hang on,  now I’m channelling New Jersey…

A fellow blogger posted a wonderfully nostalgic piece about a virulently hued breakfast cereal with all the nutritional value of fairy floss, that he suddenly developed an adult craving for. He’s a funny guy, it’s a good read and I’ll try and do one of those fancy ping back’s which means you can all read it too. See, how I give?

Anyway, this tied in nicely with food reports from the child after last years American foray at a summer camp in Massachusetts. It also cemented my resolve to furnish her with a book of handwritten recipes tentatively called, ‘Cook something and then call your mother.’

The child revealed that the food at camp was bland to the point of rendering her taste buds obsolete. When the flavor highlight for the week is macaroni and cheese you know it’s time to send over the spice rack, for what can’t be improved by the addition of chilli flakes, cumin, paprika or fennel seeds?

We pondered the difficulty of sourcing bread or milk that doesn’t taste like dessert and she revealed the disappointing reality of Hershey bars – which taste, according to my cocoa loving child, like salty mould. Given there is only around 4%-10% of actual chocolate in a Hershey bar this shouldn’t surprise.

She says she can taste the love in my cooking – the love and the garlic. In fairness, her comparative domestic culinary experiences have revolved around my ex-husband and his limited repertoire of frozen brussel sprouts and lamb chops and her stepmother’s grim faced antipathy to any recipe with more than two ingredients.

I was always going to look better.

So I have begun scribbling down some family favourites. I found a slice recipe we invented together, employing stale breakfast cereal (High in fibre, low in fat, salt AND sugar) and crushed pecans. You can’t tell me there won’t be a misty, homesick eye when she finds THAT one.

There is also an idiot-proof recipe for biscuits (as in cookies) that uses Milo. Astonishingly, Americans have not realized just how marvelous a difference Milo makes, for it is only sold at specialty stores catering for ex-pats and experimental locals.

They seem to prefer Nesquick with its superior solubility and excessive sugar content. The Canadians, god love them, have a version of Milo but it’s formula is infinitely sweeter and the granular chocolate powder dissolves completely. Where’s the fun in that? How can you make a chocolate moustache if it doesn’t sit like crusty pond scum on top of the milk?

Thanks to an Aunt working at Kraft she has a vegemite lifeline for the next year. Unsurprisingly her small charges at camp were universally baffled by Vegemite’s yeasty appeal and wondered why anyone would voluntarily consume a paste of salty axle grease.

What can I say? We’re brought up on the stuff.

Look, I’m not really worried about her. With access to an organic farmers market and an ability to chop, flame and serve a combination of food groups the child won’t starve.

But I think the Steve Miller band say it best:

Living in the U.S.A

Somebody give me a cheeseburger

Jane is of the belief that her life's purpose may well be to serve as a warning to others. She is unsure as to why she speaks in the third person...
View all posts by Learning the hard way →
This entry was posted in Family, humor and tagged children, cooking, Hershey bar, humour, Milo, Steve Miller Band, travel, United States, vegemite. Bookmark the permalink.