So for those of you following along at home, my literary output has been noticeably absent. There is an understandable void in the Blogosphere as a result and frankly my huge Bolivian fan base is getting antsy – so let’s get back in there!

I thought I might treat you all to a number of reasons why my blog is titled “Learning the Hard Way” by sharing some dating disaster stories. I’m doing this because I have a newly single friend who is bemoaning the quality of material on offer when she logs into a certain Internet singles site …and because I have SO many tales to compare (and compete) with her.

Heads up, unless she dates a serial killer, I’ll win.

Now, as this could conceivably turn into a blog piece the length of War and Peace I am going to drip-feed you in instalments.

Stay with me here.

There are key moments in our lives when we realise that something has got to change. Over the years I’ve experienced several of these, but this particular revelation was marked by the realisation that I was arguing with my vibrator. Both of us had respected the utilitarian nature of our dealings and he in particular, had always upheld his end of the deal. Despite an unfortunate tendency for him to lose power at crucial times, I was forced to own the failure of this relationship. It was time to leave the house and interact with a real person again, or risk conversation with all my appliances.

Newly single, I’d found the company of cask wine and DVD’s a good enough reason to stay in. This quickly evolved into a permanent hermitical existence. There was an upside; a week of pre-menstrual chocolate bingeing and the resultant donning of stretch-pants, was followed by no recrimination whatsoever. The need to wax, pluck and camouflage was similarly obviated. Of course the downside was that the likelihood of ‘Mr Right’ landing on my doorstep in a Domino’s Pizza van was slight.   Faced with the condition known as, ‘pick-up technique amnesia’, the only way I was prepared to search for a mate was by shopping for him –

I logged on to RSVP.com , and in the exuberant words of Big Kev, “I’m excited!” The site vibe was really positive. I was going to meet the love of my life.

Administrative formality was the first order of business and this required some thought. There were logon names, passwords and profile names to be invented before I could do anything. The advise was to pick a unique identifier, something that would get me noticed. This proved more difficult than I imagined as all the good names had been taken – ‘LuckyLady’, ‘SweetCheeks‘, ‘BikiniGirl’ and ‘PinkPearl’ were some other girl’s anonymity ensuring moniker. Of course if I were a bloke it would be equally challenging, with dibs already on  ‘HairyMan’, ‘HarleyMan’ and ‘Hard4U’.

Eventually the system accepted one of the many profile names I had imagined myself so inventive with, and it was time to write a little teaser about myself. I laboured over this seemingly simple task for hours and came up with nothing. How did I want to come across? Seductive? Sincere? Smart? I entreated my nearest and dearest – ‘What’s good about me?’ Apparently I cook a really mean chocolate soufflé.

According to the confirming RSVP email, including a photograph of yourself significantly increased the chances of attracting someone. Nevertheless, after sifting through piles of pictures from a depressingly fresher era, I decided against this. Many people had not been so reticent. The web-site was full of interestingly cropped grainy shots and professional ‘boudoir’ portraits. I admired one honest lady, who admitted to being a trifle on the chunky side, and whose photo revealed nothing but a pretty head peeking over an enormous rhododendron bush – a difficult prop to maintain.

Despite the lack of photo, I received a couple of e-mails almost immediately. One was from a man who stated that I could be just what he was looking for. As the only information he had access to, was that I was female and over 18, I figured he was just some kind of desperado welcome committee. The second one was from a guy with the profile name of an aging movie star. I checked out his photo and we exchanged a few awkward emails. There was no cyber-spark and the communication soon died a natural death.

Shortly after becoming a member I received an email inviting me to attend a cocktail party at the bar of a big city hotel. It was a function organised by a woman who called herself ‘Goldilocks’. I appreciated the fairytale irony. The selling point was, “we know what you like”. 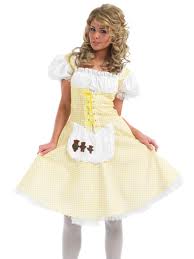 Not too big, not too small, just right!

Accompanied by a charitable (and attached) girlfriend we made our way to the Hotel venue. A cheerful woman wearing thick glasses welcomed us at the entrance to the bar area. She ticked off our names and offered us a sticky label; “You can put any name on it you like.” Resigned as I was, to the fact that naming myself Angelina Jolie would not make it so – I stuck with the truth. Bolting to the bar seemed the logical first step. We quickly realised it was also everyone else’s modus operandi and consequently the small area was five deep.

Standing with a twenty in my hand gave me a legitimate opportunity to survey the outlying terrain. I had to confess to a tinge of resentment at the dress stipulation:  suits’ for men, (it was an after work function), and cocktail dresses for women. Presumably we girls were to have worn the taffeta all day or changed at work, while the blokes merely straightened their ties. There were many interpretations of the code – from the indispensably chic LBD, to the strapless formal frock.

Eventually the bar was reached and a cheeky, beyond-budget Chardonnay was sculled. I eventually released my tenacious grip on the burnished timber and was propelled into the centre of the crowd. A second drink went some way to quelling the rising panic from conversation with strangers, and soon my breathing returned to normal. It appeared, from observation, that we were expected to take a turn about the room – all very Austen-esque. We promenaded around the perimeter of the lounge, with tight-lipped smiles, that say – ‘I am approachable, but just don’t try to gnaw on my neck’. That, from experience, is an entirely different sort of smile. 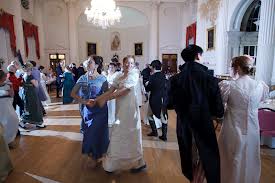 I say, Miss Bennett, check the breeches on that fellow!

The challenge to organising this type of function is getting the age mix right. The invitation stipulated 34 to 48. I’m laying odds that this was a roomful of people from the latter end of the scale. A clue to the median age theory occurred when the performing duet struck up “Rock around the clock”; the dance floor filled with people who appeared to have experienced more than just re-runs of “Happy Days”. Hair loss, per se, is not a reliable indicator of age, but I believe the comb-over and toupee is.

I’ve still got it

My married friend was holed up at the bar with a couple of speculative looking southern European men. She flashed her wedding band and seemed relieved at my approach. Introducing me to Tony and Nick, she added, “I’m just here to get this one paired off.” I told them I was just there for the food and they left us.

The point of the evening, whereby certain women begin dancing with their arms above their heads, had been reached. Apart from the amusement afforded by a prat-falling couple whose ‘dirty-dancing’ got out of control, the night could not really be termed a success. Heading back to the car I was reminded that this newly single caper was only just beginning and there would  be some amazing men out there for me to meet.

Amazing was right. As was astonishing, flabbergasting and unbelievable.

18 Responses to Cautionary Tales part one