So the Bolivians are happy again but a couple of Greenlanders are pestering me for the next installment. 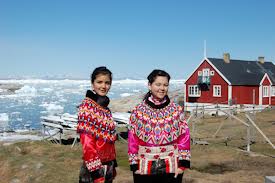 Tell us what to avoid!

I spent my mid to late 30’s at University valiantly struggling against the unabashedly suburban experiences I had so far lived, to come up with suitably enthralling topics for writing classes.

Deciding I was ready to hit the singles scene after nineteen years out of the loop, a friend and fellow student suggested that any dating encounters, good, bad or otherwise could conceivably merit an article or two.

And indeed they did.

It began harmlessly enough.  Responding to an advertisement in the personals section of my local newspaper – Attractive, 37 year old, intelligent professional seeks same – I found myself teeing up a 4pm coffee one Saturday afternoon with a heavily accented Polish man.

Having told anybody who would listen that I was meeting A COMPLETE STRANGER, I took comfort in the fact that when the ‘Four O’clock Strangler’ struck, the police would have some good solid leads.

A tall dark haired man stood against the brick pillar beside the door of the café we’d arranged to meet at. He was extremely thin, vampirically pale and I really wanted to keep walking.  Reminding myself of the anthropological reasons for continuing, despite every fibre of my being screaming that I never wanted to see this man naked, I nevertheless followed him to a table by the window and began the process of acquainting.

Apparently our awkward initial phone conversation had not revealed the fact that I had two young offspring.  He looked pained and suggested that his slightly consumptive constitution would not tolerate small children – way too many germs.

Fast forward to the point where the conversation was too excruciating to bear any longer.

I am mentally rehearsing my description of him as he pays for coffee.

Despite his pathological fear of juvenile germs, he asked if we could have dinner some time.

‘Look, X, you are a very nice person, but I just don’t see us travelling along the same road (where did that come from?), thanks, good luck, take care…etc…’

He took it well.

Realizing I needed to be in control of the situation I wrote my own advertisement and waited for a couple of resultant voicemail responses.

Four days later there were one hundred and forty seven messages. 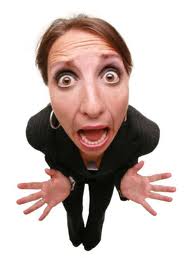 After the initial shock of my instant remote popularity wore off I began the laborious task of sorting the wheat from the chaff.

There were bales of chaff.

I was forced to be ruthless – the truly desperate were deleted, the smokers and non-drinkers – OUT. Equally the unintelligible, quiet talkers, religious fanatics, sleaze-bags, married men, transsexuals, yobbos, those out on parole, anyone under twenty six and over fifty six…but the numbers were still alarmingly high…anyone called Trev, Daz or Gaz: Marvin, Conan or Rocky – all gone. I was getting there. Reduced to eleven, down to six and then there were three.

Assume if you will, that I spent some considerable time on the phone ‘sussing’ these potential love-interests out. Lots of common interests, lots of laughs – I was feeling reasonably confident that my Romeo was one of them. Now – which one?

Was it ‘Persistent Paul’ perhaps? So dubbed because he left three of the one hundred and forty seven phone messages extolling his many American born virtues. Was it ‘Patrick the Younger’ ? – at just thirty-two years old, he was the junior suitor. Or was it ‘Marvellous Mark’? Divorced father of two and masterfully empathetic.

Paul was up to the batter’s plate first. We had arranged to meet at a popular St Kilda hotel on a Monday night. I arrived early and loitered self-consciously by the doorway. The late summer sky was streaked with orange and there was a chill in the air. I was alert for a tall man bearing a strong resemblance to a young Nick Nolte. There he was – Nick Nolte’s mug shot, dressed in jeans, dun coloured shirt and marine blue japara. If he was thirty nine then I was ten! He took my arm and propelled me into the hotel. 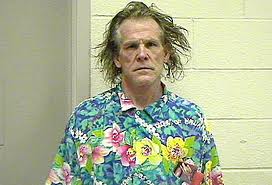 ‘You’ll have a champagne, of course, bella dama?’ he asked confidently. It was patently not a champagne moment.

He went with the champagne, blithely unaware of my antipathy. Apart from an annoying propensity to lapse into snatches of Spanish when he spoke, I noticed with growing alarm, that he carried a bulky calico tote. Was it the head of his previous victim, or his dismembering tools, perhaps? The long silences were unnerving.

‘I thought we could watch the sunset on the beach. Me encanta la playa!

‘I can see it perfectly well from the window here.’

I was edging off the chair when he asked whether I had eaten or not. My intestines had been impersonating Krakatoa since we arrived and I was aware that gin on an empty stomach was stupid.

‘Maybe we could go to a little Thai place I know?’

I must have looked less than enthused, because he went on hurriedly,

‘Actually, I’ve taken the liberty of packing a small picnic, ‘ he brandished the tote bag in the air, ‘we could enjoy a spot of El Fresco dining.’

I weighed the options – while I loved Thai food, a restaurant would mean hours more with this man.  A picnic on the beach? Once that sun had set I’d be out of there.

We sat on a bench and Paul popped the bag down between us. With a flourish he produced a bottle of domestic sparkling, two glasses, two shrink wrapped wedges of cheese, a loaf of olive bread (from which I quickly removed a knife he had handily plunged inside) and two oranges. I tore hungrily at the bread and cheese, taking unnecessarily noisy gulps of the wine whilst trying to avoid eye contact with an increasingly touchy Paul.

By 8pm the sun had officially disappeared which was my cue to vanish similarly. I strode back to my car as he struggled to re-pack the remnants of the picnic. Flinging his jacket around my shoulders just as I reached the car, he held open the door and inclined his face towards mine. Extending my hand for the ‘dream-on-if-you-think-you’ll-score-a-kiss’ handshake, I thanked him, jumped into the car and screamed off into the night.

I had organized to meet number two midweek for a coffee. He had described himself as very tall and dark with looks that frequently got him into trouble. I could only speculate as to what this kind of trouble could have been.

I stood looking in the window of a jewellery shop next to the café when daylight was temporarily obliterated. An exceptionally tall, disconcertingly thin man appeared behind me. He had no chin and was wearing a pair of enormous Ray Ban Wayfarers that made him look like ‘Fearless Fly’.

Nabbing a spot by the window Patrick arranged his long limbs under the table, removed his sunglasses and revealed that his name was not Patrick but Justin – leaning conspiratorially toward me, he explained,

‘I have to be careful who I reveal my identity to.’ 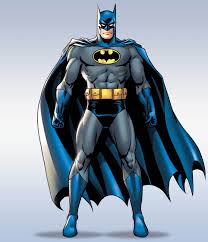 can I trust you?

I was obviously with Batman.

Aware that I may be sitting across from someone with the severest form of multiple personality syndrome, I remained respectfully silent as he revealed the man behind the imaginary mask.

Where to begin? Justin spent ten years working in the funeral industry, enjoying the full gamut of experiences that culminated in an excellent working knowledge of embalming – a much maligned art. His enthusiasm for the delicacy required to massage a corpse fit to view went some way to explaining why he was no longer invited to dinner parties and why I eschewed his offer of a neck rub.

He was enormously active in the Catholic Archdiocese and regularly organized crowd control at St Patrick’s Cathedral – because, let’s face it, there’s nothing more socially disruptive than a crowd surfing priest or a group of moshing nuns.

Driving private school kids around Melbourne as a bus driver led to the first of several nervous breakdowns and then he was diagnosed with Chronic Fatigue Syndrome  – It’s entirely possible I contracted some CFS symptoms myself during his comprehensive explanation of the condition’s MANY manifestations.

The tipping point, however, was the revelation that Jason was in the midst of studying for his dream job, which was a PARKING OFFICER – a career that combined his love of people with being outdoors…

I fled back to the car, which had a $100.00 parking infringement notice taped to the windscreen – of course.

I held out no hope at all for number three. I was convinced he would have a disfiguring hump or distracting facial tic and was gearing up to cancel when he rang to confirm and I found myself agreeing to a Friday night dinner.

I gave him my address and hoped my instincts were back on track.

Mark arrived half an hour early. He also had no chin and a mullet to rival Billy Ray Cyrus. 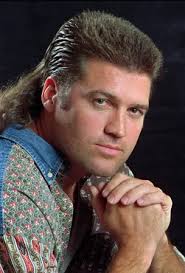 Even the presentation of a cellophane enshrined rose in its floral death throes could not salvage this one. With all the fashion sense of Jerry Seinfeld and none of his wit, I considered a fainting spell as he asked to use my toilet and then DID NOT WASH HIS HANDS.

I spent the entire dinner avoiding contact with anything Mark had touched and listening to his sleazy stories about the many other women he’d met via the personals.  Apparently, according to this relationship sage, I’d have more luck if my breasts were bigger and my hair was blonder.

Thanks for that, good to know. ..bye bye now.

Jane is of the belief that her life's purpose may well be to serve as a warning to others. She is unsure as to why she speaks in the third person...
View all posts by Learning the hard way →
This entry was posted in humor, relationships and tagged blind dates, Dating, humor, Nick Nolte, Personals, Ray-Ban Wayfarer, relationships. Bookmark the permalink.