But once a year…

Posted on December 4, 2012 by Learning the hard way

This was the weekend to erect the tree and hang the wreath announcing to the world just how damn festive you are with your syncopated fairy lights flashing madly in the window.

I looked enviously at the multitude of instagram photos regularly popping up on Facebook. Happy snaps of champagne fuelled tree decorating parties, close up images of ‘His and Her’s’ glass baubles, cherubic children with antlers writing letters to Santa or looking up in wonderment at their Hallmark perfect tree. 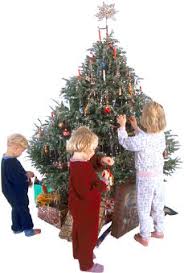 Several times over this same weekend I stood ruefully looking at the boxes under the stairs wishing I had a dedicated cupboard where the tree could remain, fully blinged up, for the duration of the year before being wheeled out on December 1st and plugged into the power point by the window – ta dah!!!

Every year I vow that I will carefully wind my strings of lights into tidy figure 8’s making it that much easier to unravel and re-festoon the following Christmas. Similarly the faux pine branches beg to be dismantled and packed away in size order.

For the reality is that come the epiphany summer is hitting its temperature straps and far from donning the protective attire required for wrangling Chinese plastic pine needles, I am dressed as the weather dictates. A combination of heat and unforgiving foliage raking the skin off my forearms results in precariously hanging ornaments being snatched off and shoved in a bag followed by tangles of tinsel and a bundle of lights. There, done. A whole year before I have to deal with this again!

I am picturing the dog’s dinner in the boxes before me. The poor battered Norway spruce that requires increasing amounts of reshaping as its branches become progressively wonky. Last year it looked like a pair of particularly aggressive squirrel’s had laid siege to it forcing the decision – street or lounge view? Do I really care what the neighbours think or I am happy to shove the crap decos in amongst the mangled section and just set the lights to strobe?

Given said lights will require three days of detangling and a couple of dozen or so bulbs will have blown, I will, once again, give up and head to Bunnings for yet another replacement strand. There is every possibility I will also shove an entire inextricably knotted section into the inevitable tree gaps and pray nothing melts. 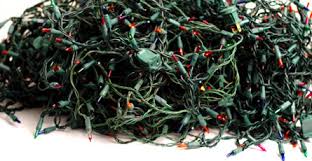 Festooned in flying bits of glitter from balding ropes of tinsel my enjoyment level barely surpasses a visit to the dentist. No one wants to help and quite frankly that is entirely my own doing.

Yuletide’s past have seen me  planning the house Christmasfication with military precision. The ubiquitous Christmas CD would be primed and ready to go. Festive snacks abounded, and the children were under the impression they were there to help.

Pausing uncertainly before the tree they would hold each ornament aloft and wait for me to bark out the coordinates – “Ok, what do you have there? The glass snowman, is it? Right, so we are looking at section C, quadrant four and we need to rotate…to the front, dammit! Seriously, how hard is it?”

I would dress my poor children in elf attire and photograph them with the dog for the annual Christmas card– in theory. 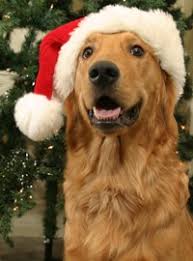 The reality saw me attempting to retrieve the pom pom he had ingested from the Santa hat I had forced his ears through while the youngest ate candy canes without unwrapping the plastic. It was never quite the Kodak moment I envisaged.

I always quietly like the idea of a theme. I know people who plan these months in advance. They meticulously scour department stores and the Internet for decoration ideas. The US and Canada are treasure troves for decoraphile’s (I’m pretty sure that’s a word I just made up – but I think it works). I have several extremely heavy ceramic and crystal ornaments clearly designed with a 10ft tree in mind that my brother sent over from Canada years ago. Along with a couple of large black iron candle holders dotted with glass ‘dew drops’, which are made to resemble trees (I think) – or at least, burnt logs. I’m sure it makes more sense if you live there…

Anyway, every year I haul them out and then remember I have no ancestral Castle to arrange  them in.

I worked with a woman who collected mechanized Christmas toys. She managed to fill two entire rooms and spent much of the month changing batteries in between performances. Nothing delighted her more than to assemble the neighbours to watch all seventy Saint Nicks variously bell ringing, dancing and ho, ho, ho-ing about the house. A little bit of Christmas crazy going on there.

I realize I have to lift my game. If someone has managed to swathe our entire local town hall in red ribbon with a gigantic bow, then surely I can organize my sad spruce and intermittent fairy lights, right?

Jane is of the belief that her life's purpose may well be to serve as a warning to others. She is unsure as to why she speaks in the third person...
View all posts by Learning the hard way →
This entry was posted in humor and tagged Canada, Christmas, Christmas ornament, Christmas tree, facebook, Holiday, humor, Santa Claus, tinsel, Tree. Bookmark the permalink.

2 Responses to But once a year…